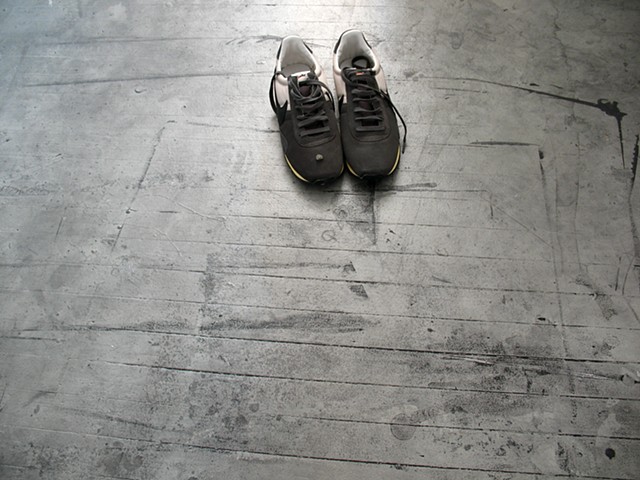 The performance had the following parameters:

- The shoes had to be worn daily.

- The stone had to be alternated between shoes every day.

- For the exception of sleeping and showering, the shoes had to be worn at all times, and MUST BE worn whenever I left my apartment.

- At the conclusion of the performance, the shoes were to be placed back into the box. Subsequently, on May 22, 2014, the stone would be dropped into the nearest body of water.