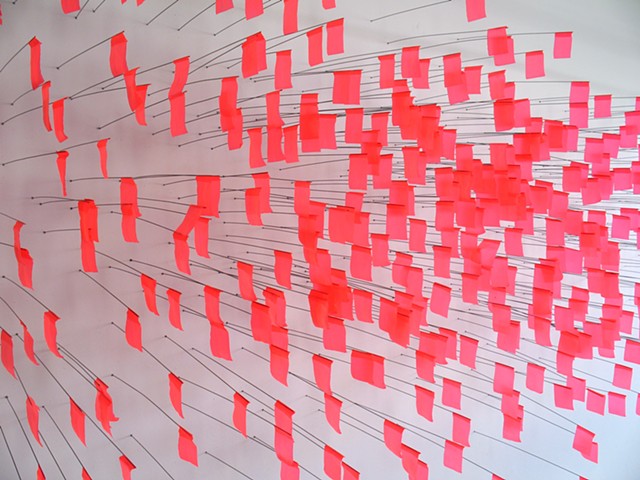 On Exactitude in Science
marking flags
dimensions variable
< previous next >

It's thought that the origin of the first paper airplane can be traced back to China over 2,000 years ago. However, in 2003, Congress declared Ohio as the Birthplace of Aviation. This is due to the The Wright Brothers being from Dayton, Ohio, and their contribution to the field of aviation.

For this piece, I made over 500 paper airplanes and threw them at the wall. After they hit, I inserted a marking flag to indicate where each plane had made contact. In doing so, I was seeking to construct a composition of flight patterns that would map out the surface of the wall.