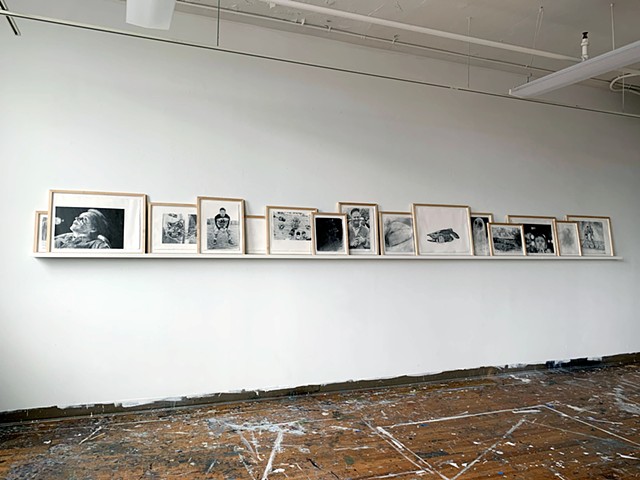 Jack _____ is an ongoing drawing project I began while in residence at Akron Soul Train. Jack Kerouac described On the Road as “the story of two Catholic buddies roaming the country in search of God.” I read On the Road for the first time in college, and revisited the book a few years ago. The last time I picked it up was on my way to California, which ended up being the trip where I met my future wife. The beginning of our relationship was initiated through searches conducted online. While Sal Paradise and Dean Moriarty used a car to travel across the country, I frequently use a search engine as a vehicle to move through the world. For Kerouac, the road afforded freedom. It was not an abstraction, but a way of being in the world that is different from viewing it on a screen.